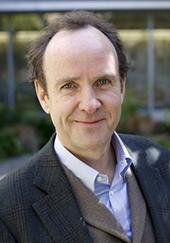 Dr. Boris Bastian received his MD degree and Dr. Med degree from the Ludwig-Maximilian University of Munich. After completing a residency in dermatology at the University of Wurzburg, he received additional training in dermatopathology and completed a postdoctoral fellowship at the University of California, San Francisco before joining the institution's faculty and starting his research laboratory at UCSF’s Helen Diller Family Comprehensive Cancer Center. In 2010 he moved to the Memorial Sloan-Kettering Cancer Center to become Chairman of the Department of Pathology. He served as the President of the Society of Melanoma Research from 2010 to 2013. In 2011 he returned to UCSF where he holds the title of Gerson and Barbara Bakar Distinguished Professor of Cancer Biology. He founded and directs the Clinical Cancer Genomics Laboratory at UCSF, which performs molecular diagnostics for patients of the Helen Diller Family Comprehensive Cancer Center. He has clinical responsibilities in the Dermatopathology Section of the Departments of Dermatology and Pathology, where he also oversees the molecular diagnostic laboratory.

Dr. Bastian’s research laboratory focuses on the molecular genetics of cutaneous neoplasms, with a particular emphasis on the discovery of genetic alterations useful for diagnosis, classification, and therapy. His laboratory has contributed to the discovery of multiple genetic alterations in melanocytic neoplasia that are relevant for therapeutic and diagnostic purposes and he has established a taxonomy of melanocytic neoplasia that integrates molecular and clinical disease aspects. He has received numerous awards for his work.