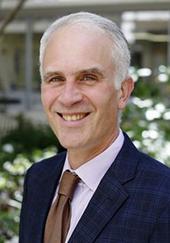 After receiving my degree in biology from Amherst College in 1990, I graduated from the University of Massachusetts Medical School in 1995. During my medical school training, I became fascinated by pathology both conceptually, as the understanding of disease processes forms the foundation of medicine, but also practically, as the recognition of these disease processes directly affected patient care. My pathology residency began at Yale University in 1995 and concluded at UCSF in 2000. At UCSF I had my first sustained exposure to Dermatopathology under Drs. LeBoit and McCalmont. I knew that I had found my niche in pathology.

I did my dermatopathology fellowship at New York University during the 2000-1 academic year under the direction of Dr. Hideko Kamino. Upon completion of my fellowship, I became a member of the Dermatopathology faculty at NYU. In 2005, I left NYU and joined the Dermatopathology section at the University of Pittsburgh. Subsequently in 2006, I became a member of a large private practice in Cambridge, Massachusetts. At all three positions, I remained actively involved in resident and fellow teaching, which I find a pleasure and a privilege.

Having returned to UCSF with a great variety of experience, I look forward to providing excellence in diagnostic dermatopathology.