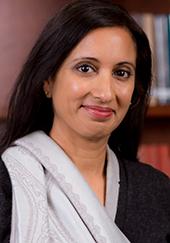 Abnormalities in vascular permeability leading to inflammation, tissue edema, and end-organ dysfunction significantly contribute to the morbidity and mortality associated with a number of human disease processes. For example, although a number of factors contribute to the high mortality and morbidity associated with traumatic brain injury (TBI), the development of cerebral edema with brain swelling remains one of the most significant predictors of outcome. Similarly both hemorrhagic shock and septic shock are characterized by abnormal vascular permeability, which contributes to the development of shock-associated acute lung injury (ALI) and acute respiratory distress syndrome (ARDS). Despite the clear importance of abnormal vascular permeability in a number of human disease processes, there exists no therapeutic modality in current use to attenuate it. Our research is focused on finding ways to mitigate vascular endothelial permeability, end organ damage and the Endotheliopathy of Trauma or EOT. My lab is currently funded by the NIH, private industry and the Department of Defense (DOD). We are currently part of a multi-center DOD funded trial based out of UCSF to investigate the use of MSCs in trauma induced ARDS (PI Matthay-UCSF).

Conference on Cellular Therapies in Trauma and Critical Care Medicine

We have now organized and hosted three conferences that have been focused upon cellular therapies in trauma and critical care. All three have been sponsored by CIRM.The first was held in 2012 and the most recent meeting was held in May, 2017. The website for the meeting is www.cttacc.org. The goal of this meeting is to bring together the expertise and input of blood bankers, clinicians running trials, basic scientists, companies, FDA, NIH, AABB, and the DOD representatives to discuss existing barriers in the translation of cell therapies in trauma and critical care medicine, a field with few therapeutic options. The areas covered spanned translationally relevant topics such as cell sourcing, cell expansion, cell storage, safety, funding, pre-clinical studies and clinical trials. Our speakers had diverse expertise and knowledge in these areas. Our target audience included clinicians, physician- scientists, and basic scientists who are currently working in or anticipate working in the field of cellular therapeutics in critically ill patients. There will be a supplement in the journal Transfusion that highlights a number of the talks from CTTACC 2017. The next meeting is scheduled for May, 2019.