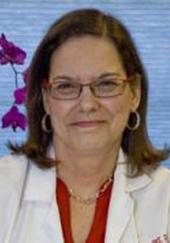 My laboratory is interested in neuroinflammation and HIV dementia. We have focused on monocyte/macrophage (M/Mf) activation in HIV infection, markers of disease progression and the effect on neural cell function for over two decades. We have used HIV positive patient M/Mf and gene expression microarrays to develop a phenotype predictive of HIV cognitive impairment. This phenotype correlates with peripheral monocyte activation. Other studies include looking at monocyte-derived miRNAs within exosomes as facilitators of endothelial and neural cell dysfunction. New studies include isolation from blood of neuron-derived exosomes that carry protein and RNA targets that can analyze the health of the neuron in “real time” and distinguish cognitive impairment from normal cognition in HIV positive individuals. These targets are different in men and women showing mechanistic differences between genders which may translate to therapeutic modifications for cognitive impairment.